Made by Alessandro Cipriano

Peel and finely chop the shallot. Preheat the oven to approx. 150 ° C. Peel the garlic. Braise the shallot and garlic in the butter.

Add rice. Steam while stirring until it becomes glassy. Then add the tomato paste and mix well. Add half of the diced tomatoes. Deglaze with broth and bring to the boil. Add bay leaf. Cover and cook in the oven for about 20 minutes until the rice is tender.

Alternative method: (you can also cook the rice covered on the stove for 2 minutes, then set the rice aside and let it stand. Before serving, take out the laurel and garlic, loosen with a fork, season and refine with a little butter.

How to do it!
The Filling 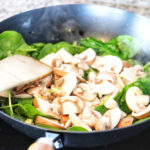 Melt the butter in a medium frying pan. Braise the shallot, spinach and mushrooms. Add the flour and mix well. Deglaze with the white wine. Season with salt and pepper. Let cool down.

Cut the hake meat into smaller pieces. Then put all ingredients through a meat grinder, or puree very finely with a mixer. The filling should not be too fluid. Add the cream and lemon juice. Season to taste and refrigerate for about 1 hour. 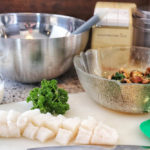 Meanwhile place the sole fillets in a single layer on a work surface and lightly season both sides with salt and white pepper. Divide the filling among the fish fillets. Starting with the thicker end, roll up each fillet. Place the fillet rolls on a plate and put it back in the fridge. 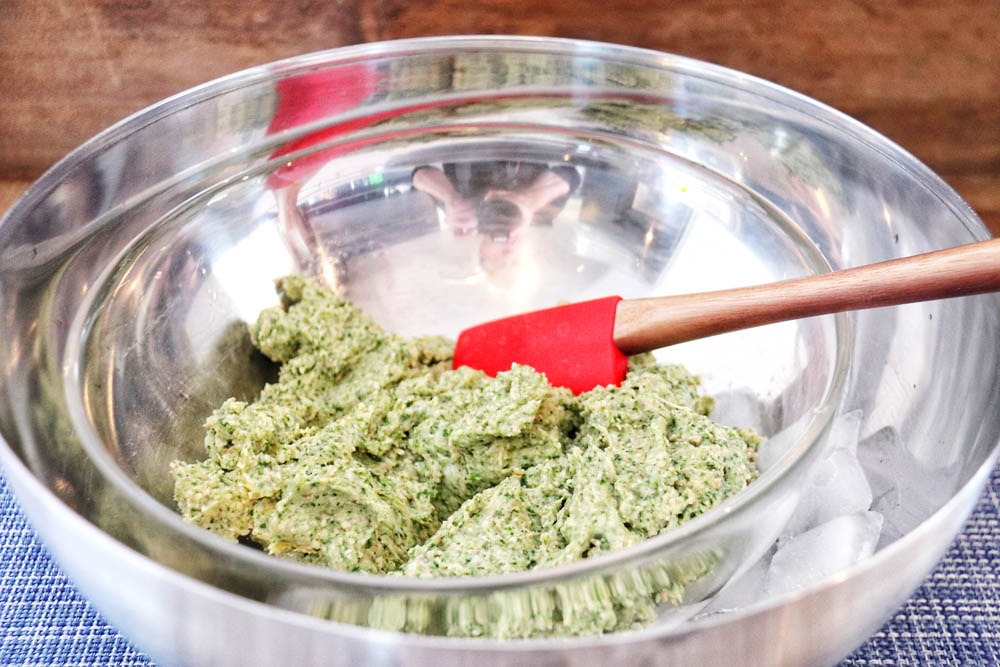 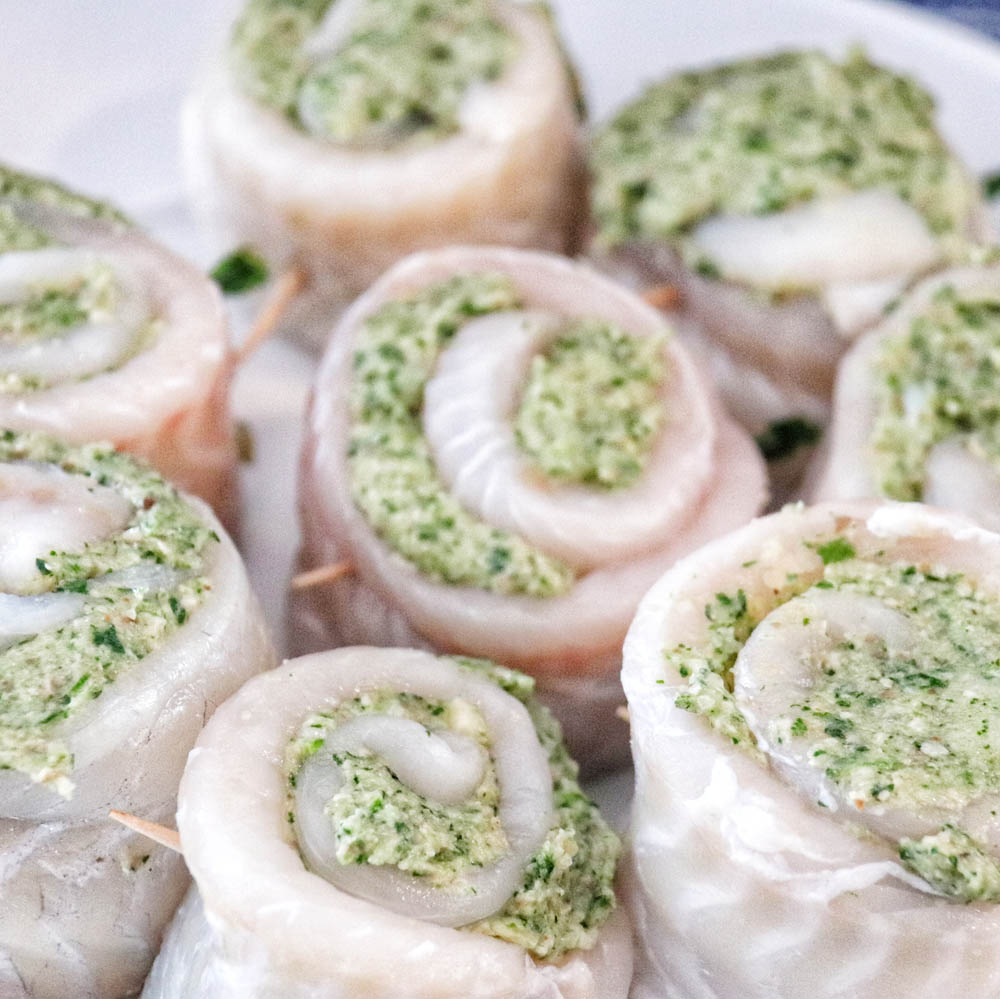 Beurre manié: Good to know: 50 g of flour butter are sufficient to bind 500 ml of liquid.

How do you make beurre manié: Put flour and soft butter in a ratio of 1: 1 in a deep plate and knead thoroughly with a fork. Form the resulting mass into a small roll, pack it in cling film and cool it for at least 30 minutes before use. If necessary, cut a slice of the cold flour butter, stir into the hot liquid and bring to the boil.

Preparing the fish
Brush the bottom of a large saucepan with the butter. Then sprinkle the chopped shallots over the butter. Fill up with the fish broth and white wine. Add lime juice. Season a little with salt and pepper.

Place the rolled fillets seam-side down in the poaching liquid and cover the pan. Poach at a low simmer until the fish is opaque and firm to the touch, about 18 to 20 minutes. 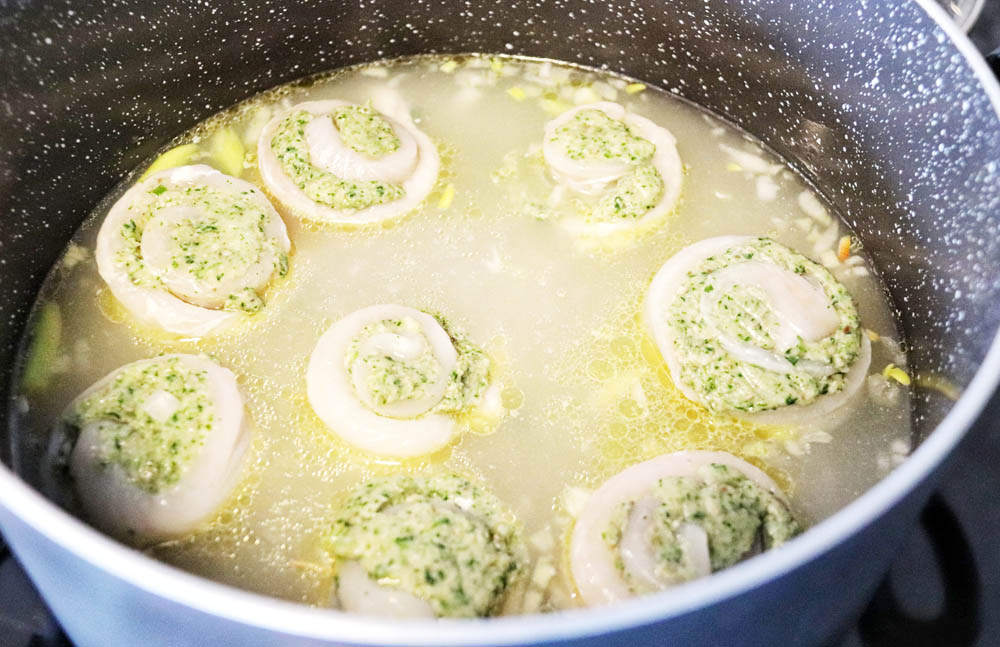 Now take a flat spatula, carefully take out the fish to a clean baking dish. Pour the poaching liquid through the strainer and discard the contents of the strainer. Pour some of the strained liquid into the baking dish, so the fish want dry out. Cover with aluminum foil and place in the oven to keep warm. Line a plate with paper towels; set aside for later.

Now let the fish broth reduce. Whisk in the butter-flour mixture and simmer, stirring constantly, until the butter mixture is incorporated and the sauce has thickened.

Remove the pan from the heat and stir in the lime juice. Taste the sauce and season with salt and pepper as needed.

Pre heat the plates. Arrange the rice first. Put the rice in a mold and press firmly. Only when the rice is firmly compacted, it can be turned over and holds together. Always moisten the form or a coffe cup with water before, it is easier to overturn. A few tomato cubes as a garnish on top.

Place the paupiette on the towel-lined plate to remove the excess moisture. Repeat with the remaining paupiettes. Add the sole on the plate, drizzle the sauce over the fish and garnish with some homemade parsley oil on top. Serve immediately. 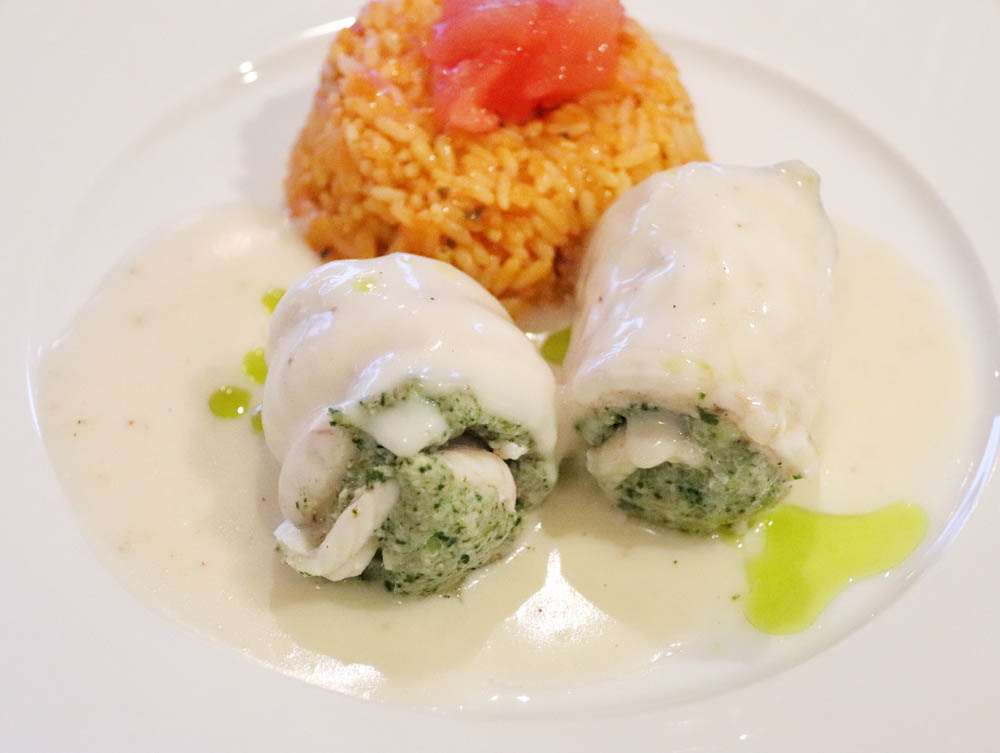