A Homage to „Sissi“ (Sisi), Empress Elisabeth of Austria, Fateful Years of an Empress, a life behind the mask. 24.12.2012 marked the 175th anniversary of the birth of Empress Elisabeth. This song and project was dedicated to marking the occasion. 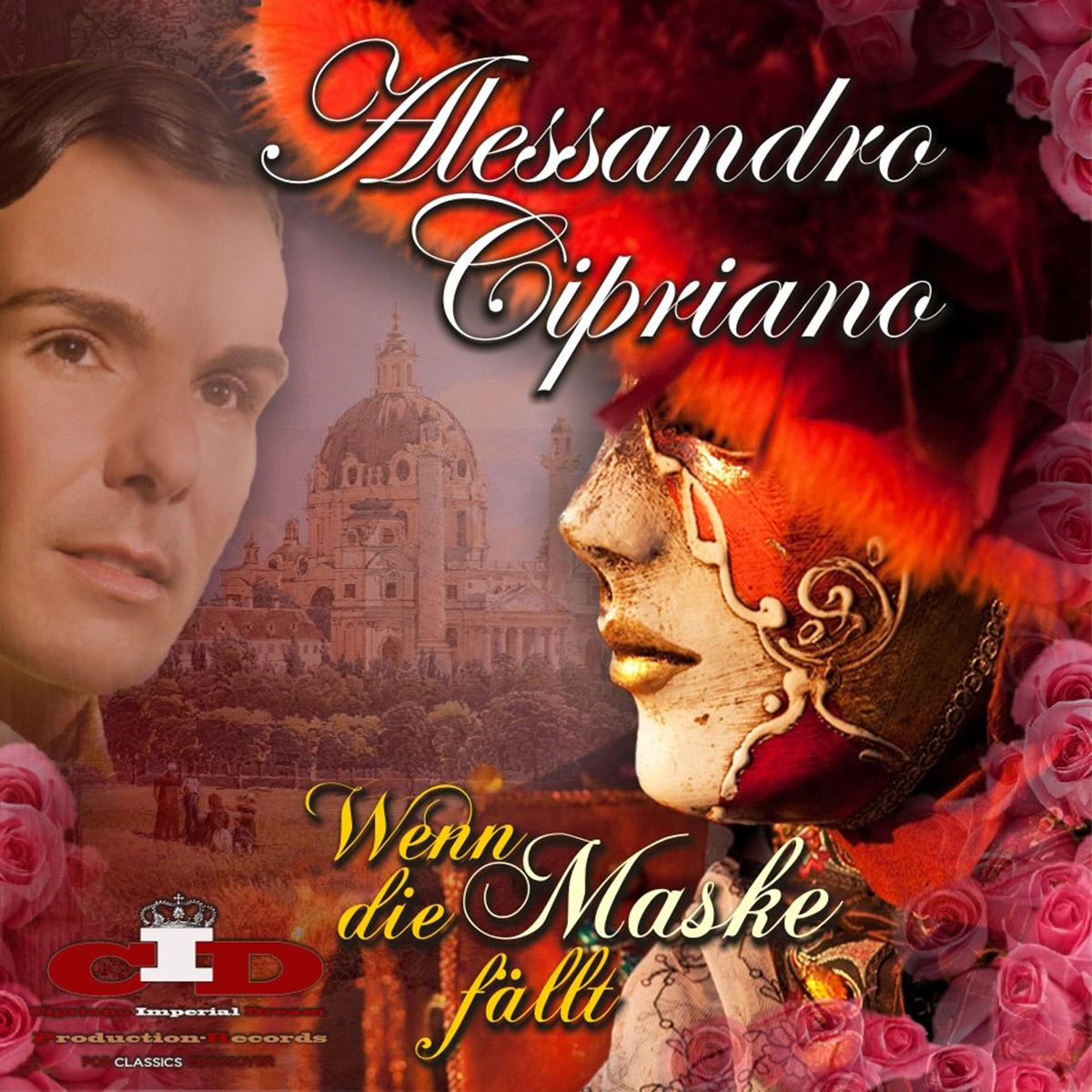 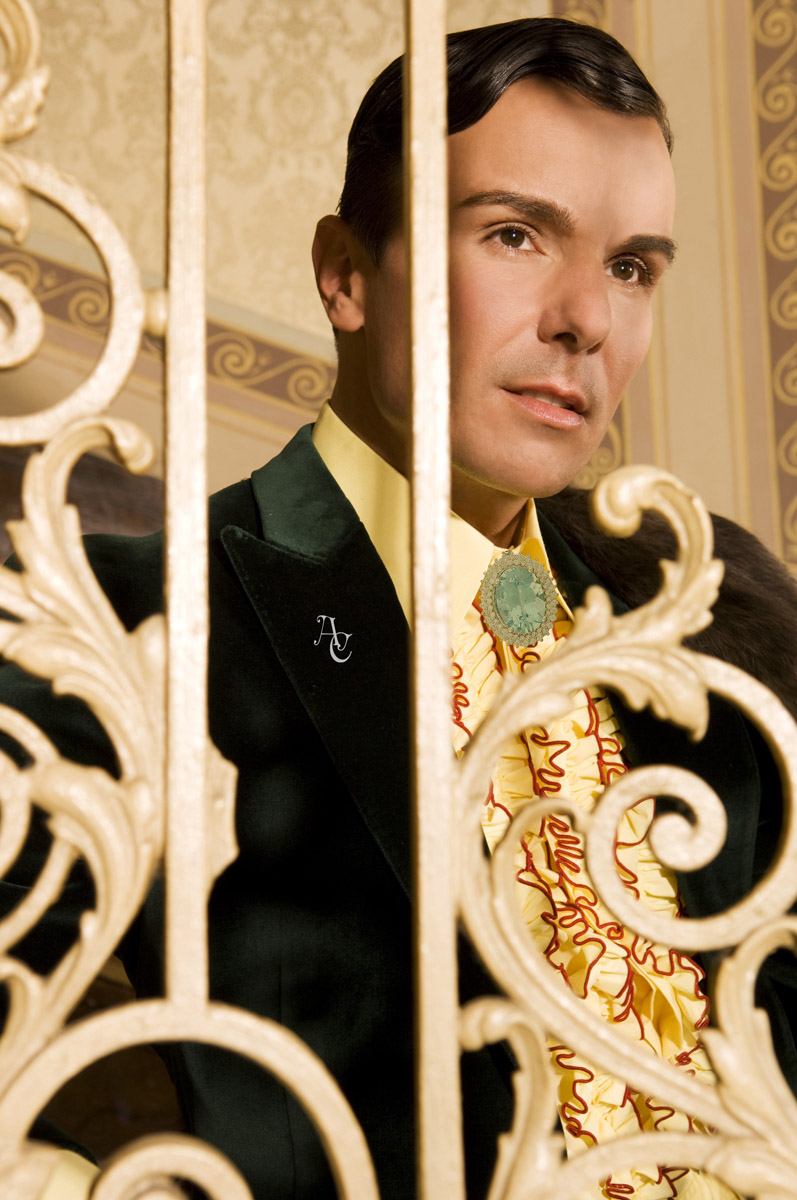 Original Soundtrack, Title Melodies from the Trilogy with Romy Schneider, Sissi (1955), Sissi the young Empress (1956), Fateful Years of an Empress (1957), reproduced for the first time and written lyrics. The wonderful title melodies originally composed by Anton Profes have been newly arranged, produced and the lyrics have been written by Alessandro. These melodies are merged into one song.

„Wenn die Maske Fällt“. Romy Schneider brought the role as an actress in Sissi to highest perfection which gained her worldwide fame. This role simply made the Empress Sisi be called the queen of hearts, even so, Romy always was fighting against this image her whole life long. Not only that the incredibly successful trilogy brought Romy high popularity but also the image of the „sweet girl“, which she described herself „ like clue“ She always wanted to be recognized as a serious actress.

The true story of Empress Elisabeth is not really told through the films – they only present beauty, dignity and harmony. Let’s say; a fairy tale story. The real life of Sissi often held back behind media fantasies. Her true personality was drawn by anorexia and depression (manic-depressive); she was always on the run of herself, seemed to suffer of compulsions and was constantly on the search for inner peace. She was not a happy woman after all. You see everybody has to carry one’s own burdens. On this occasion, we also give thoughts to Romy Schneider, a fantastic actress who made the legend of Sissi to be alive forever. 1938-1982. The Year 2012, the Year of „Sisi“ and Romy. 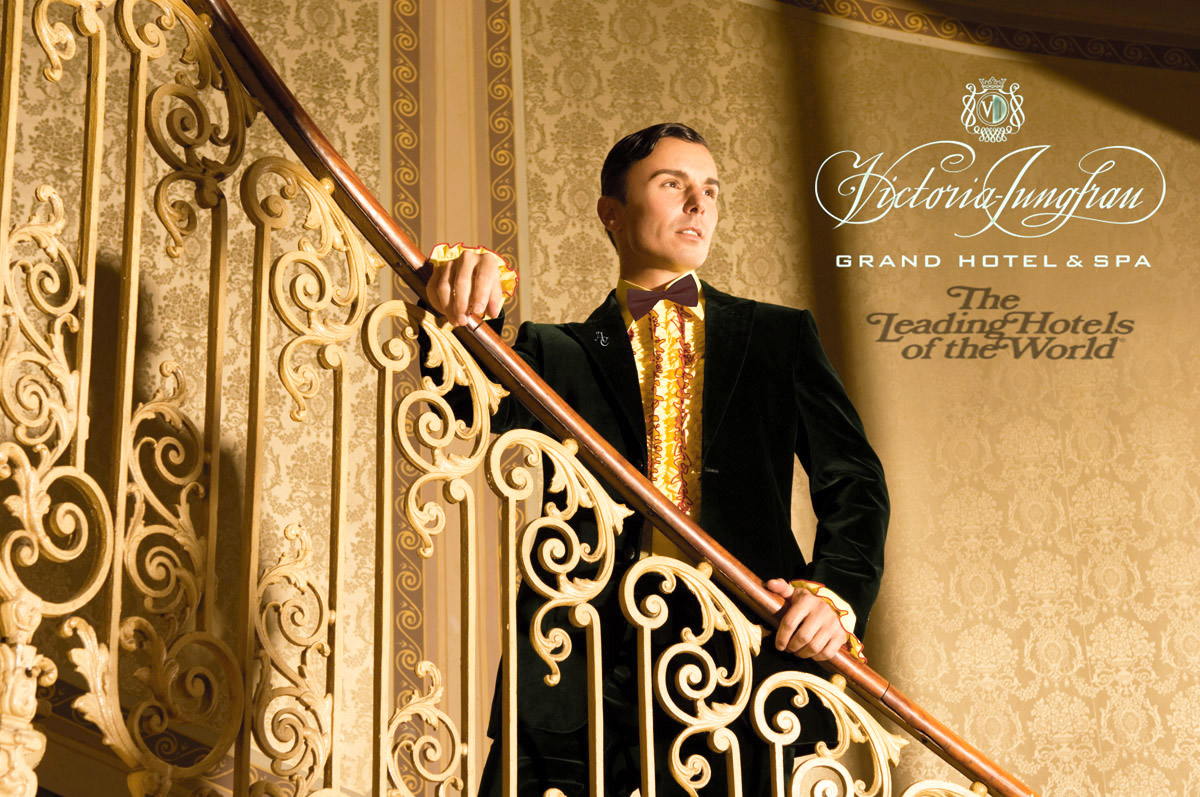 Lisette Oropesa is one of the most in demand lyric coloraturas today, who has triumphed in various roles throughout the most important houses in Europe and the US.

A bel canto singer of considerable acclaim, Lisette recently had a major success at Covent Garden and the Teatro Real Madrid as LUCIA DI LAMMERMOOR. This season Lisette is set to make major role debuts at Opera National de Paris and Teatro alla Scala. Known for her liquid legato and seamless technique, stylistic integrity, precise coloratura, and superlative acting, Lisette excels in the repertoire of the bel canto, Mozart, and French composers.

I admire her for her talent and her closeness to the fans. She takes an incredible amount of time, gives master classes and passes on her skills to young up-and-coming singers. You can feel her naturalness in private but also on stage.

The era of the Queen of Belcanto continues with Lisette Oropesa. She masters all registers with bravura, Messa di voce, and with good reason, she’s called the queen of trills. After Edita Gruberova we finally have someone at the top again. Unfortunately, as with many artists, all concerts have been cancelled due to Corona. We are all waiting with longing until we can sit in the front row again and listen to the unique art of Lisette.

Lisette was born in New Orleans, Louisiana, to Cuban parents, and played the flute for 12 years before she began her studies in vocal performance at Louisiana State University. After winning the Met Opera National Council Auditions, she entered the Lindemann Young Artist Development Program and moved to New York City. She sang her first major role, Susanna in LE NOZZE DI FIGARO, at the Met at the age of 22, and has sung there in over 100 performances in many different roles since. She has appeared in concert halls and opera stages all over the world since graduating from the young artist program in 2008, and has become one of the most celebrated singers of her generation, both for her singing and her inspiring personal story. Lisette is a devoted runner who has completed 6 marathons and is an advocate for health and fitness.

Lisette began her career at the Metropolitan Opera, and has starred in various roles there, including Nannetta in FALSTAFF, Gretel in HANSEL AND GRETEL, Gilda in RIGOLETTO, and Susanna in LE NOZZE DI FIGARO. She has appeared many times with the Bayerische Staatsoper as Konstanze in DIE ENTFÜHRUNG AUS DEM SERAIL, a role she has also sung at the Opéra National de Paris. Her most performed role is Gilda in RIGOLETTO, which she has sung at the Dutch National Opera, Teatro dell’opera di Roma, Los Angeles Opera, the Metropolitan Opera, Opéra National de Paris, and the Teatro Real. In the U.K., Lisette triumphed as Norina in DON PASQUALE at Glyndebourne, and as LUCIA DI LAMMERMOOR at the Royal Opera House, Covent Garden. Other roles include Ophélie in HAMLET, Cleopatra in GIULIO CESARE, Leïla in LES PÊCHEURS DE PERLES, Marie in LA FILLE DU RÉGIMENT, Amalia in I MASNADIERI, and Violetta in LA TRAVIATA.
Official Website & Source

#tbt | 2011 | Spiegel meiner Seele is the German Version of “Mirror of my Soul” from Alessandro’s  Album Visione.

Fantasy has no limits. Visione tells an autobiographically true story of Alessandro, to whom music means his life and who fought a hard way for his dream. A singer who captures people’s hearts.

Visione takes you to another world, featuring seven beautiful songs in English, Italian French and Spanish. Songs like:

December 2011, he was invited to perform at the Silvesterstadl in Graz, Austria. The New Years Show was broadcast live on ORF, ARD and SRF, Austrian, German and Swiss TV. He performed (Spiegel meiner Seele) together with the MDR TV Ballet. It was a successful performance with a 7 million audience live and on TV.

Spiegel meiner Seele (Mirror of my Soul)  is available on iTunes, Amazon and many other online shops. Shop Alessandro Cipriano 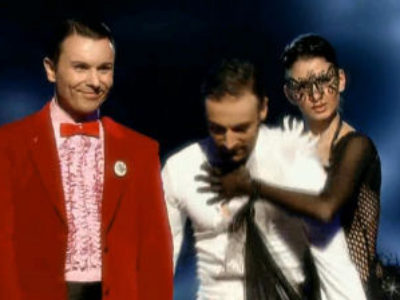 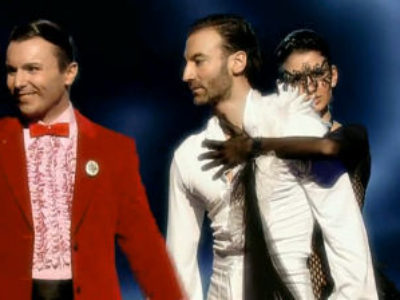 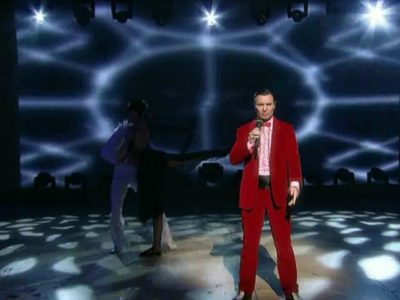 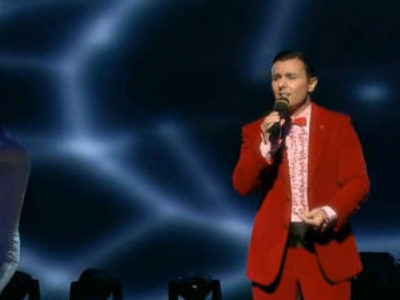 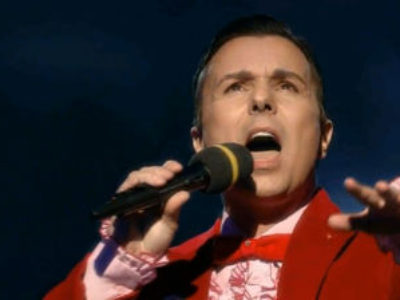 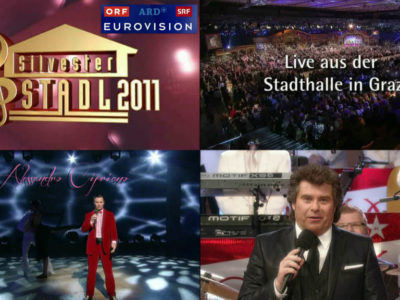 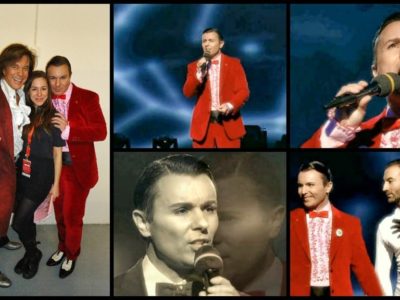 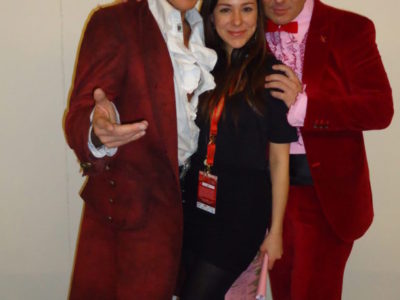 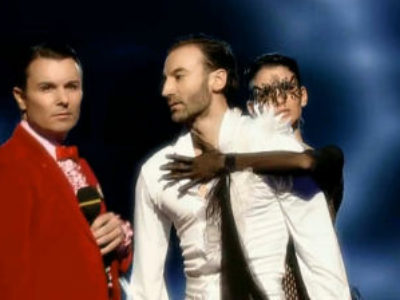 Bring your dream to Life! 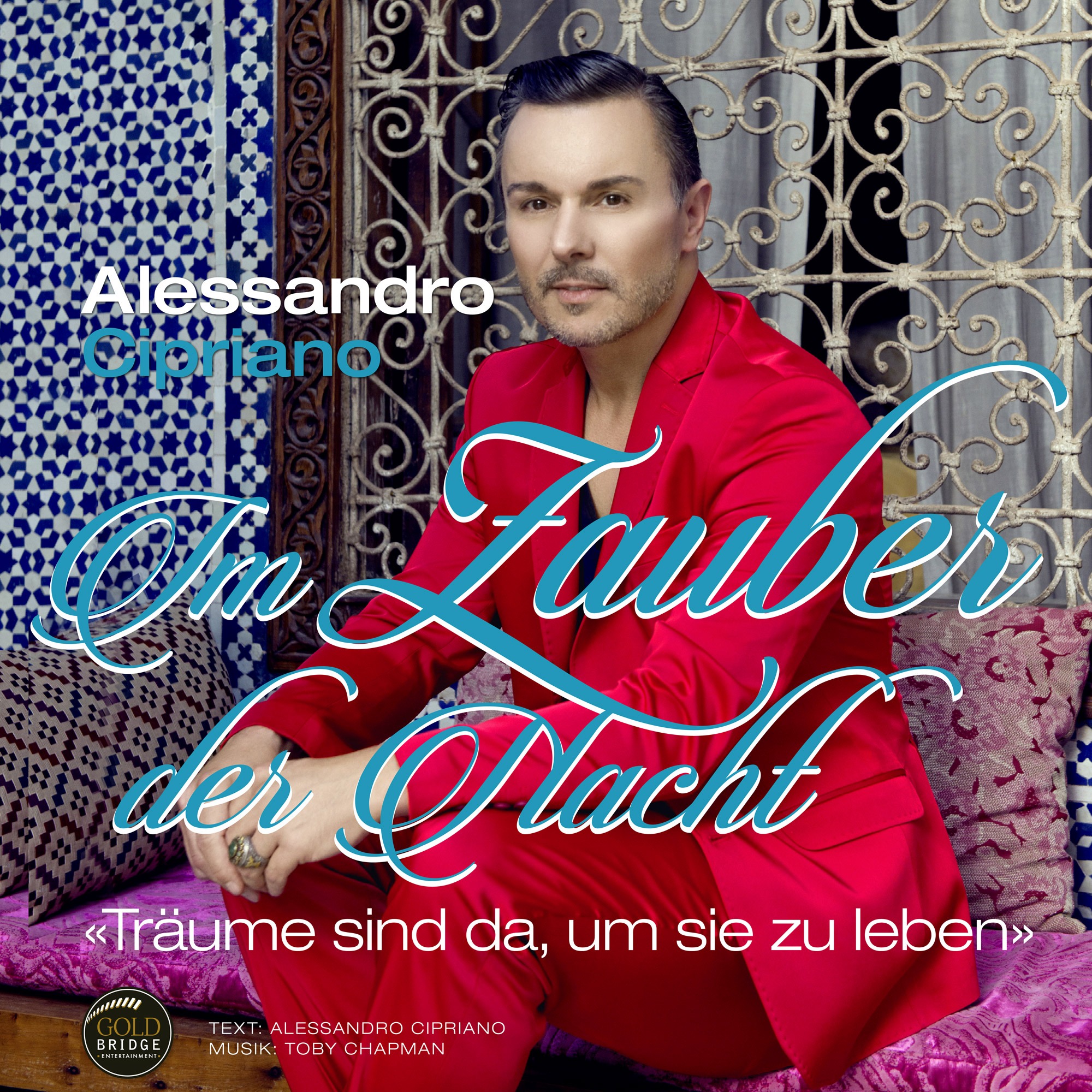 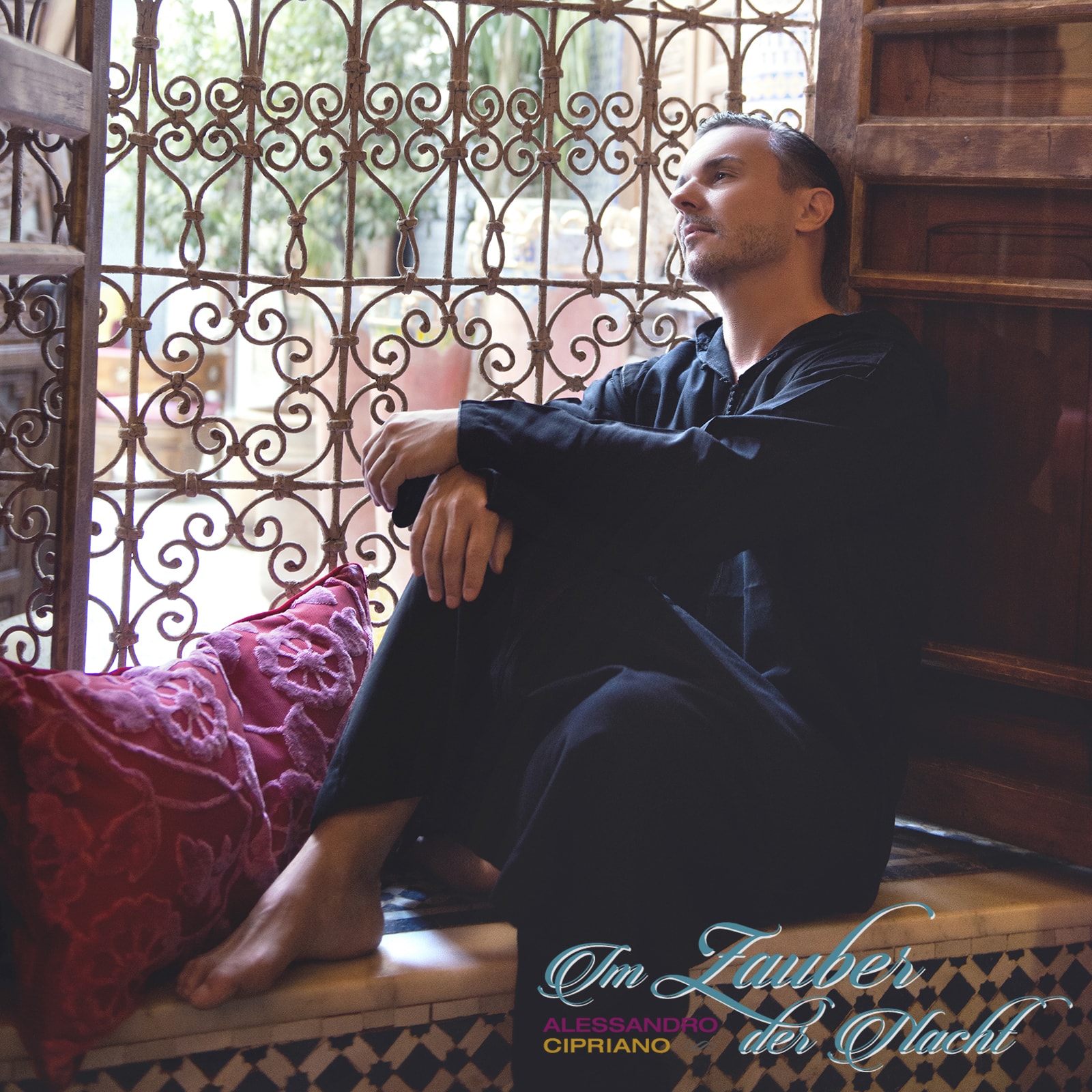 “A trip to Moscow and St. Petersburg 2016 has fascinated and inspired me incredibly. One evening in Moscow while attending the ballet performance  “La Bayadère”, I had a vision called: In the magic of the night-Im Zauber der Nacht. As life can be challenging sometimes, this project needed the time to get alive. This song is about my Life and what Music means to me, always focus on your aim and never give up dreaming! If you have been thinking the same thing since childhood and doing the same thing every day, then you are exactly what you want to be. Never lose faith in the power and magic between heaven and earth.”

The Photo Shooting took place at the beautiful Riad Enija and in the Medina (Souks) in Marrakech (Morocco). Photographer: Terry Munson and Post-Production by Abdel Kebdani. The Concept: (Thousand and One Nights) Tausend und eine Nacht. 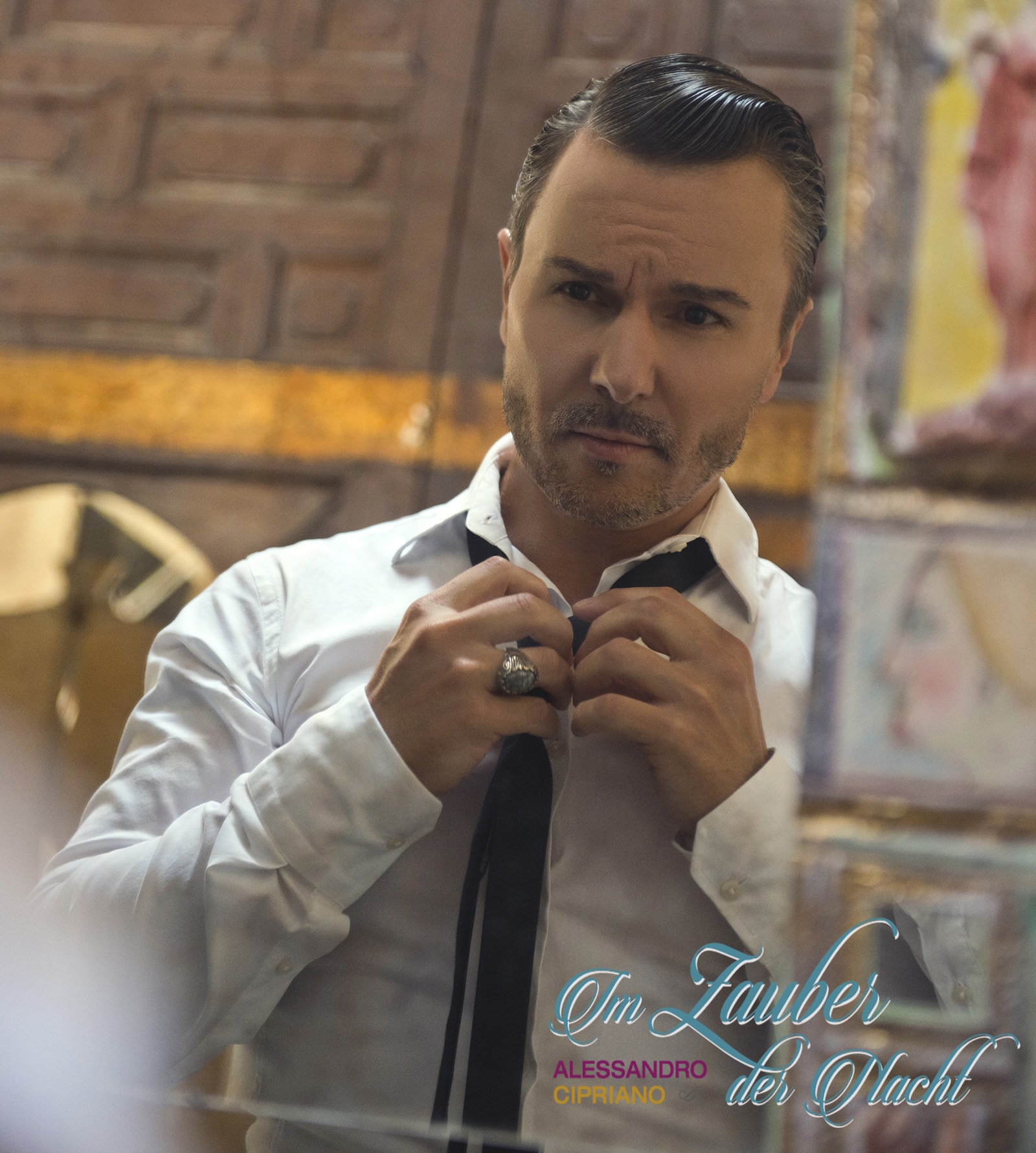 The planned R-Release of Alessandro’s latest single One More Try is set to Friday, August 26, 2016. After the temporarily take down due the unexpected closure of the record label he was signed to, we are happy to announce, that the single will be re-released under the Label Goldbridge Entertainment and will be available on all the online stores. The story behind of the recent Take-Down! 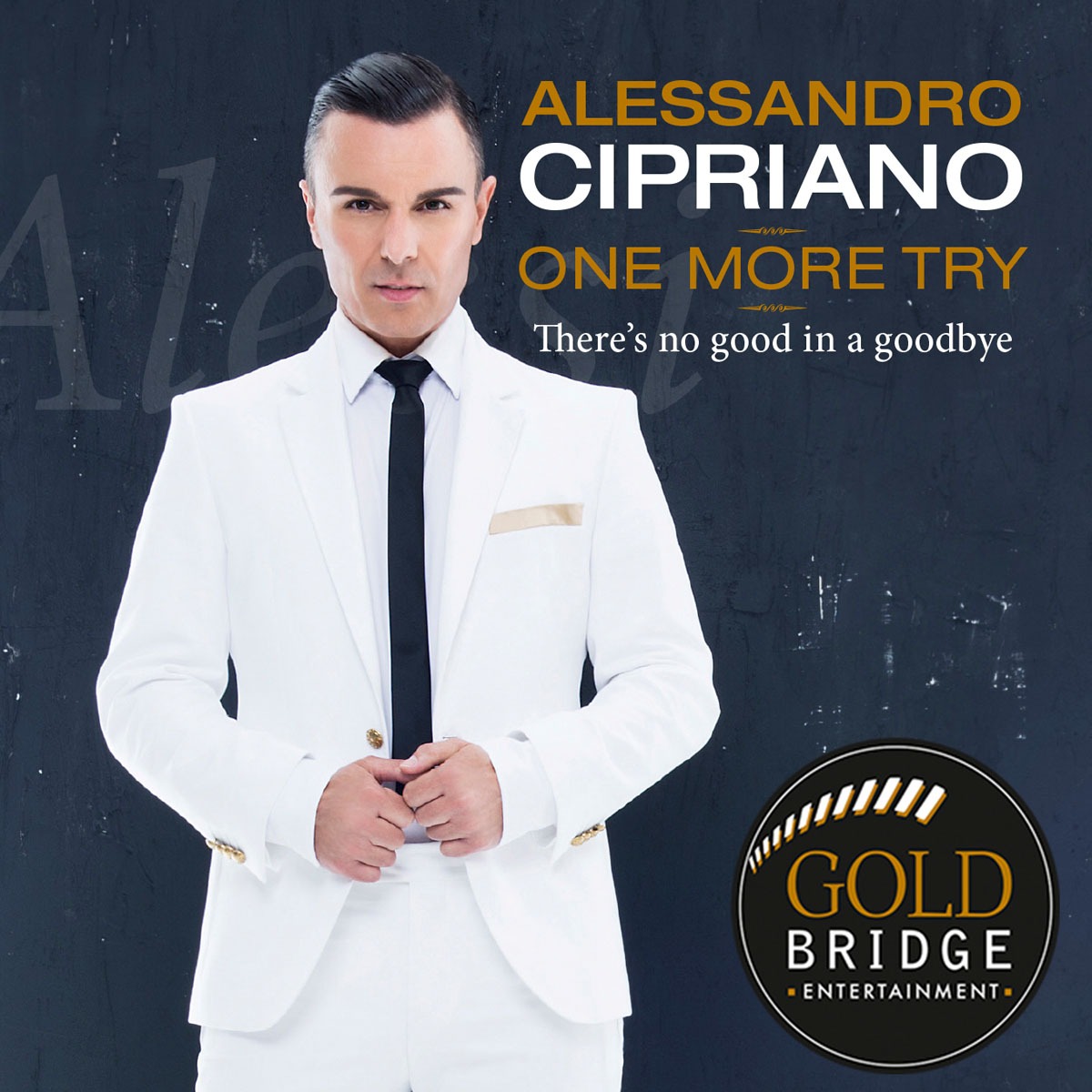 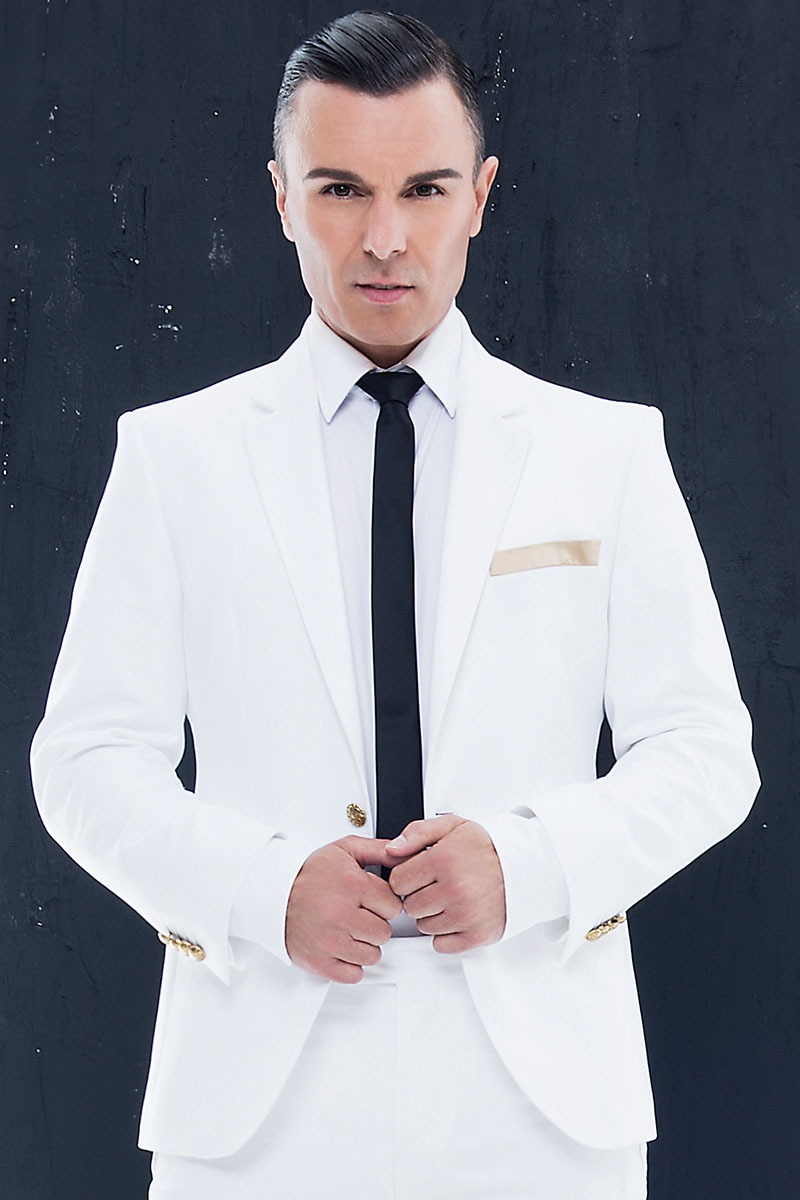 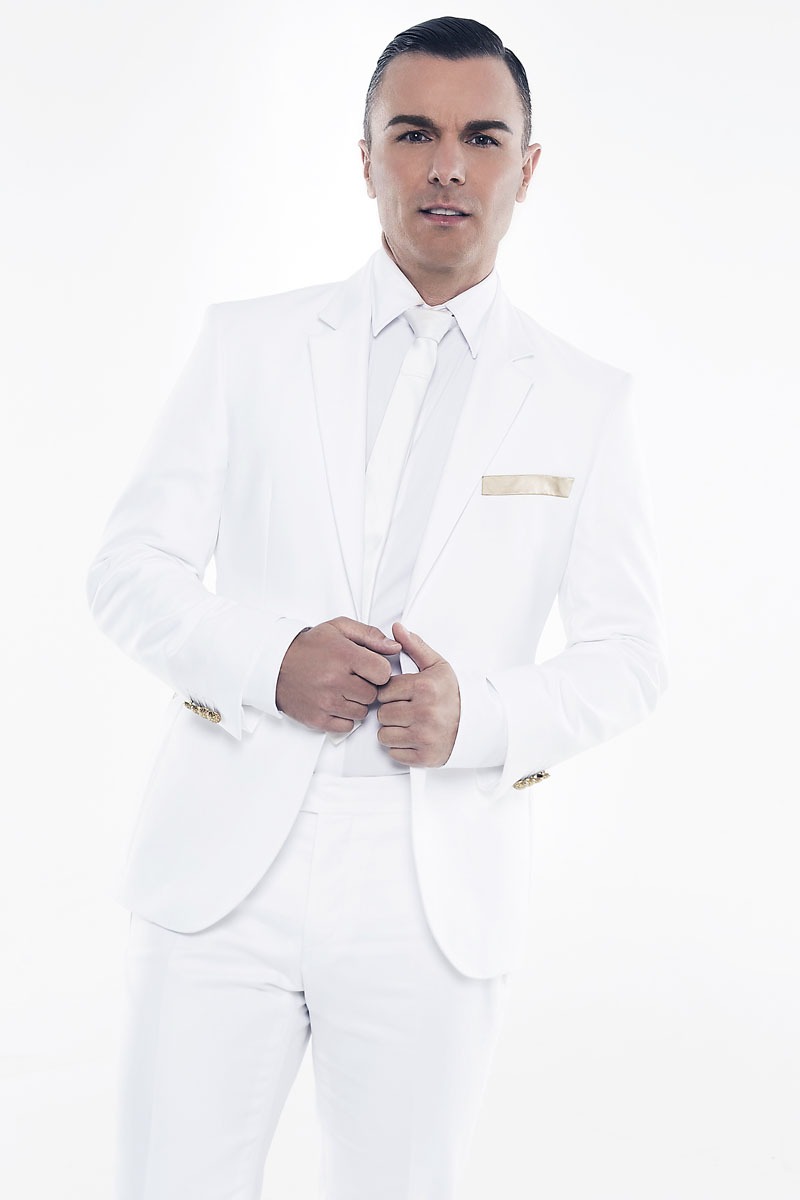 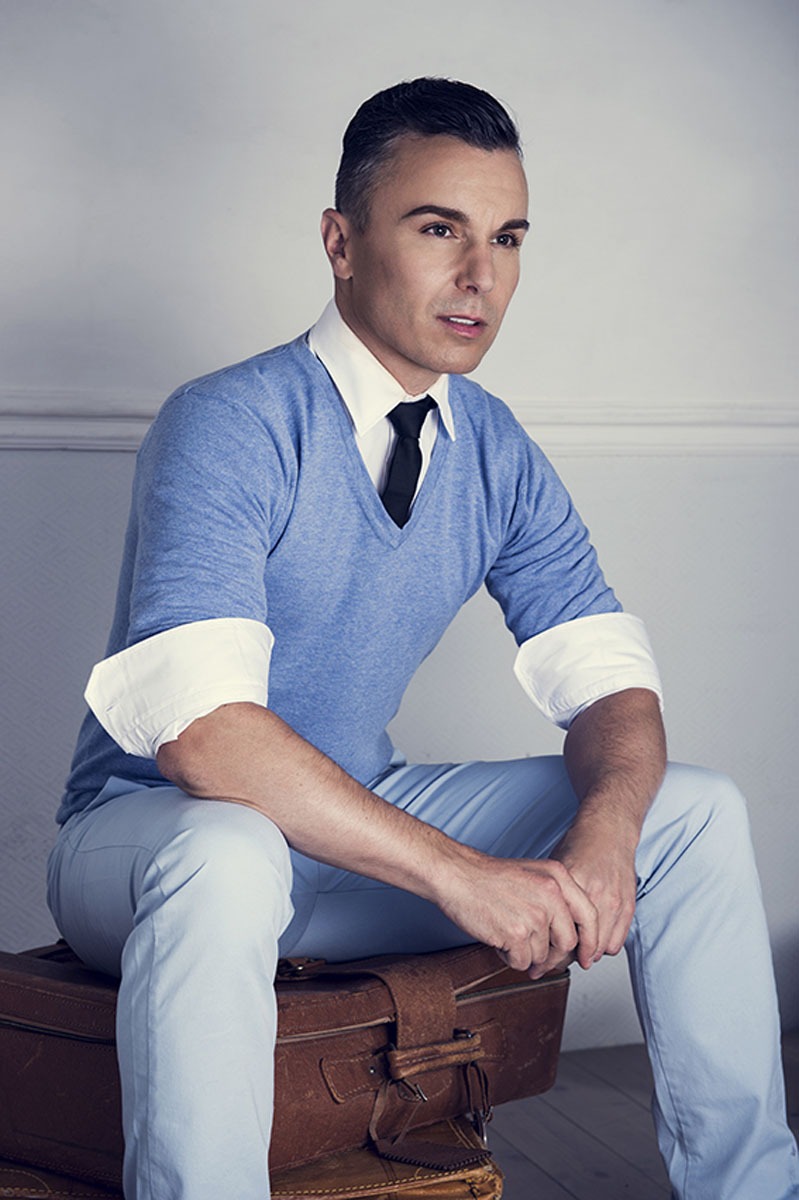